As one of the world's most respected microtia specialists, Dr. John Reinisch receives patients from around the globe. In fact, about 75 percent of our patients are not from the United States. We help patients make all their travel arrangements.

Many parents want to know what it's like to travel to California to have ear reconstruction. About 75% of our patients actually come from other countries, and we help obtain visas and lodging while they're here. If they're just having an ear reconstruction, the surgery is done as an outpatient. We like to see them one to two days after surgery, and you can fly home at that point, if it's within reasonable flight distance, and come back for their first real dressing change at two weeks. You don't have to come back after that because we can teach you how to make a mold over the ear, which you wear at night, and have you send us weekly pictures so we can coach you about washing the ear. If you come for an ear canal and ear, which is what we call a Combined Atresia Microtia surgery or a CAM, then you are limited, in that you cannot fly for at least three weeks. That's because the new eardrum should not have any changes in air pressure, which you get from an airplane or from sucking on a straw. Typically, we do that surgery near San Francisco because the best otologist we think in the world is there, and we travel there to do the combined surgery. You then two days or three days later travel by car to Los Angeles, which is about a five or five and a half-hour drive, stay here for the next two and a half weeks, and we see you . . . the week after surgery, we see you two weeks after surgery where we take off the dressing that we put on at the time of surgery. We wash your ear, wash your hair, and then, see you a third week later before you drive back to Northern California, where the canal packing is removed. And then, on the fourth week, the packing is replaced with a night silicone mold that keeps the canal open and you use that same mold for the next four months. We are available by phone. We give you our home phone or our cell phone so you can reach us at any time after surgery, in case there's any issues or you're just nervous. Patients who are here, because there's still little pain with the surgery, can travel and make a vacation out of it. They can go to Las Vegas, the Grand Canyon, to Yosemite, and see the sites in Southern California, as well as Disneyland, Legoland, the San Diego Zoo. So most parents and families enjoy having their ear reconstruction and don't think that the ear reconstruction is the main event. We hope that they enjoy their trip here. 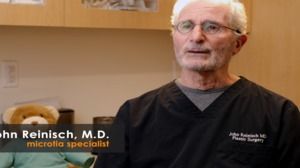 Our Philosophy: "We Love What We Do" 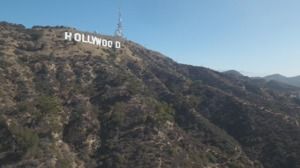 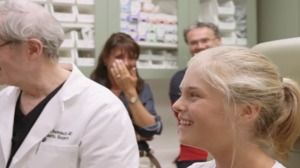 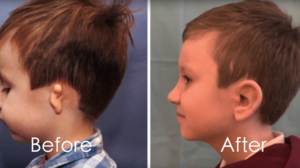 My Newborn Has Microtia–Now What? 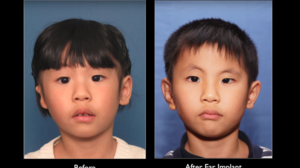 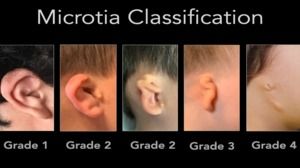 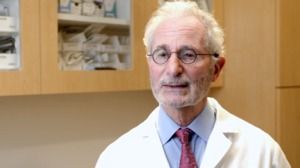 Understanding the Causes of Microtia 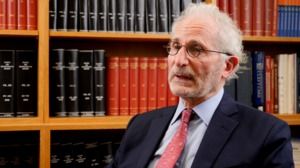 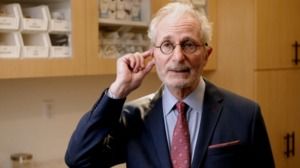 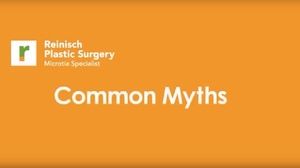 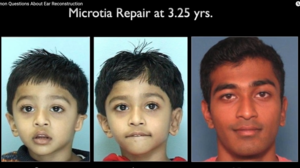 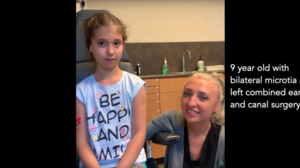 Microtia on Both Sides 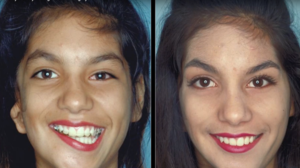 Microtia and its Effect on Hearing 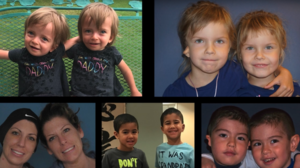 Understanding the Connection Between Hearing and Speech 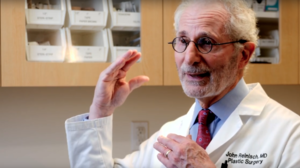 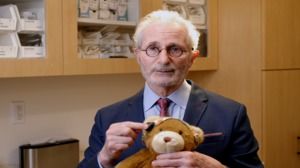 Patients come from across the country and around the world to benefit from his expert care. To schedule your consultation, contact our office online or call us at (310) 385-6090. Spanish speakers can contact Lilian Chavez Lillian.chavez@cshs.org & for any surgical scheduling questions. For Mandarin speakers please contact Michelle Yang qiang.yang@csmns.org.

* All before & after photos are of Dr. Reinisch’s patients.